skip to main | skip to sidebar

MAKIN SURE THE CHIPZ R FRESH 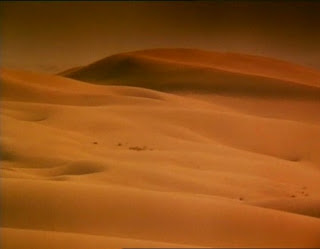 the best mix I have heard in ages

I have returned from the air. now on text and feeling. not so pleased with this weeks episode, with the exception of a few moments. I do enjoy the foxdye record, which was reviewed in my most recent update. the last hour is good.

FUuuuuuuuuCk. My brain just caved in on itself then was reborn in the a beautiful giant snowflake made of pure sugar which expanded like a fractal with a pop rhythm interval. Farts everywhere, a butthead laugh, fensler PSA's sprinkled in, in a giant recipe. Like subverting the government of the United States using ingredients from your fridge. Not in a bomb, but in a weapon of smells, not just rotten farts but also pure sugar so sweet it could lull even those of great constitution. So much skitter and sample. It's exactly what I wish Girl Talk was. Synaptic genre-bending retro corn-fed sample fucking, corrosive speed, pure humor, donk party, seinfeld fuck face.
Posted by Weewl at 11:07 AM No comments:

Coyote Clean Up -can't shake the full moon from I had An Accident Records on Vimeo. 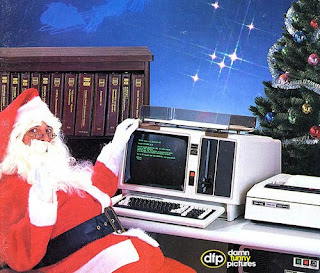 Glacial slabs rupturing and crackling as melodic analog bombs of fatness cause chasms. But instead of combustion, the physical process of bass boost provides new glacial shelfs, iced over with a diamond sheen. From the light emerges a new race of angelic super-pop androids. Positronic indeed.

Best Seen Live at: In a giant dirigible floating at a brisk pace above greenland ice-scapes.

70's sunset hairdo. Troubled egos, reaching forward but blocked by the walls of their prison: a subconscious cube which lets out the beautiful distilled selflessness of the combined egos without much of the competitive, daunting facets of egos undistilled by the cube-prisons gossamer walls. Beat dumplings create a delicious sushi picnic.

Best seen live at: A secluded abandoned airport with wildflowers breaking the concrete of the runways.

Clean like the harmonies of a rainbow. Astral rinse cycle spits out this fantasy-moment like your brains time code being time slowed down by electric shocks. Truly a soundscape craft, the ever-dreaming Kompakt fellows/ladies defy peer-review with this artful, magnificently meticulous compilation.

Best seen live at: A walk through a rural continental meadow.

Distorted lens flare guitars, out of this world clipped out drums, vocal and spiritual range between klonopin romance at a county fair (“Dancing Together”) to projecting your astral self visually onto a cliff and feeling the crushing weight of the earths energy unfurl into fungus and roots of trees (“Emilio Estavez”) to a dream-beat concussive in its romance-pulse laced by harmonizing vocal tracks intertwining like crossed fingers hoping for a chance to make out with a space shuttle launch.

Translating human understanding to a new benevolent race of super-evolved, intelligent squid that live too deep for light. Specifically trying to communicate to the beautifully colored squid what a cloud looks like. When all at once, the squids begin a ritual dance in their voidish realm, bestowing a gift of immeasurable color : an avalanche of pulsing, piercingly pleasurable rhythmic lights and sounds.

Infinite summer, clear sky, clear night sky, humid in the tall grass but not static. Not a scene, but the entire energy of that summer moment. All the life, all the frogs, the rhythm of all those heartbeats, the insect chatter under different rhythmic schema could be sending us a coded message. Sally Shapiro's firefly representative is the first to let us know, she has tapped an artery of cosmic vitae and released it to the world in the form of this record. Light and poppy instrumentation with a serious subtext, immense subtlety, exotic melodies.

Best seen live at: A pacific island archipelago with all your friends arriving by boat.


4 - Paul White – Sounds from the Skylight

The more I hear this album the more I melt into it like beautiful food. Food is love and this is gold food, soul food. Dilla style beat composition both in form and in the low-end aspect of the content. Sample-weaving at its finest, Paul White doesn't hide his psychadelic nature-lust but blends it perfectly with the cold reality of our technological age and reconciles all facets of electricity. Truly a friend of Electricity.

A satyr bestows upon a weary rural traveller, a lute of whimsy. Florian Fricke appears in a German Castle and grants his blessing to this Traveller to travel forth on the same roads. This traveller is Enumclaw, presumably named after the town in Washington – a rural pasture town at the foot of Mount Rainier. A town which I had the pleasure of working in for two months in spring of 2007. Superb views, awful smells, quirky “downtown.” Anyway, the music/maestro that is Enumclaw is singular in its complete beauty. Soft kraut melodies, focusing on the feeling of immersion into the psychadelic lake of german mysticism. Bohemian syncretization reverts under the polytheistic, pagan weight of this tremendous dreamscape.

Best seen live at: The temple of dendur in the metropolitan museum of art at night.

As the title of this record suggests, you will find this album best as a pleasure seeker, but its emotion can sublimate in other ways. There is a pastoral melancholy about it, like a recurring dream about beach temples. With giant decorative balloons bumbling in the seabreeze. The driving, triumphant beat of “You'll See It” provides a perfect syncopated skeleton for the sun-drenched melody and vocal arrangement which includes subtle harmonies recorded on clipped tape, beautifully mastered an all around treat. Changed the course my two-thousand-and-fine life story took. Wish this feeling for all.

The best album of 2009. This 3EP/2CD compilation is a sea of sky wash, emotion flow. Undoubtedly a game changer, this album ruptured my time-space continuum. Not pulling at the subconscious, but rather at the sublime. It catapults your nervous system into its sensory transfer station and the ghost leaves the machine and enters your neural net.

Best Seen Live at: The real internet.
Posted by Weewl at 9:33 PM No comments:

Embedding Disabled! Click through for an awesome vid
http://www.youtube.com/watch?v=SgUPpZ89lyY